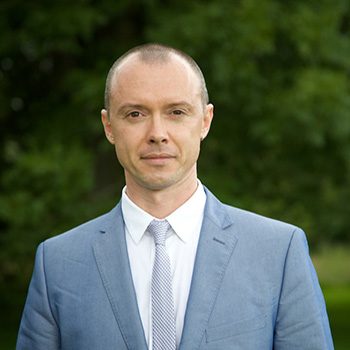 It was the 1990s, when new universities were mushrooming, and nobody could tell which ones were good and which were bad. Fake degree certificates were also available for purchase in the underpasses by the metro stations. I studied at Moscow State University and hadn’t planned on attending any other institutions. For my thesis, however, I needed to learn mathematical models in economics, and my academic supervisor recommended that I go study this field. That was the first reason. The second reason was that at the time I was interested in both psychology, which is only one step away from economics, and French language study. And the third reason was that I saw an enrolment announcement for HSE in a hallway at Moscow State University which stated that students who speak English would be taught French and would have an opportunity to study at Sorbonne. That’s how everything came together. I bought a Pindyck & Rubinfeld textbook in microeconomics, applied to HSE, and was admitted.

Things were never boring at HSE. After several months of studies, I started working at the international office, and saw the university from the inside. My classmates were graduates of other universities with good reputations, such as Bauman University, Moscow State University, the Moscow Aviation Institute, and MEPhI (Moscow Engineering Physics Institute), and it was exciting to study with them. Classes were held in the evening; almost all of us were working, and we rushed to our classes after work.

I remember almost all my professors, but I can’t list everyone here. For example, Oleg Ananyin taught history of economic thought, which was too hard for me to learn in those days, although I did pass the course. I also can’t forget Rustem Nureev; he is a very charismatic person who was inspired by his subject and who inspired us. Revold Entov and Lev Lyubimov were my favourite teachers. Professor Entov became my academic supervisor, and I worked in his department for a long time. And while I believe that Professor Lyubimov didn’t teach any subjects in our course, he did become my life coach.

During my studies at HSE, I knew for sure what I wanted to do, which was to become either head of the Central Bank or rector of the Higher School of Economics. Both positions seemed like they would suit me quite well at the time. Once I was sitting in Rector Kuzminov’s office (HSE was quite small at the time, and he used to hold conversations with all the new staff members, which is when I had just started in the international office), and he asked me who I wanted to be. I said that I liked his position. I was young and straightforward then… Sometime later, when I was celebrating my birthday, he visited our department, and expressed his desire for me to become the first PhD at HSE. I didn’t become the first one, but I remember this story often. Even then, when we were just getting started as a university, Yaroslav Kuzminov believed that HSE’s graduates would be earning international PhDs.