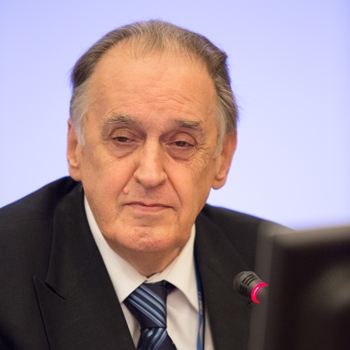 In the winter of 1995-1996, the State Committee for Higher Education (Goskomvuz) received a letter from the governor of the Nizhny Novgorod region, Boris Nemtsov, requesting that the Higher School of Economics open a campus in Nizhny Novgorod. This letter was addressed to Evgeny Yasin, Russia’s former economics minister who also served as HSE’s academic supervisor. At Goskomvuz, the letter slipped passed the minister and instead went to the head of a committee division before going to a woman who ultimately responded to Nemtsov. In the reply, she said that the committee did not think it feasible for HSE to open a campus in Nizhny Novgorod since there was already an economics faculty at the city’s local agricultural university. Yasin, being very intelligent but quite busy, instructed me to handle this problem. I decided to start from the other end of the equation and traveled to Nizhny Novgorod after agreeing to meet with the rector of the city’s polytechnic school. The school had just built a new campus on the banks of the Volga, but the campus was empty. We agreed to barter – the school would give us a certain number of auditoriums, and in exchange we would teach five core classes for free.

From there, I went to Nemtsov and he agreed to sign a letter exactly the same as the last one so I could personally deliver it to Goskomvuz Chairman Vladimir Kinelev. Nemtsov signed it, and I took the letter to Kinelev in Moscow. The chairman listened to what I had to say and gave the letter to his first deputy of science Alexander Tikhonov, who later became the Senior Director of HSE MIEM. By the end of the day, I had gotten a license, and I took this license back to Nizhny Novgorod.

We organised a spot on the local TV networks, and I spent two days telling viewers about the Higher School of Economics’ opening on September 1. We named Gennady Yakshin the President of the Nizhny Novgorod campus.

We offered 50 state-financed spots for the group of students starting on September 1st, but we had gotten applications from 60 gold-medal recipients alone. We selected an incredible group of students and got to work. On September 13, 1996, Minister Yasin and his wife set off for Nizhny Novgorod in a special railroad car attached to Moscow-Nizhny Novgorod train. Accompanying him were Yaroslav Kuzminov, his wife Elvira Nabiullina, and myself. The next day, along with Boris Nemtsov, we held a grand opening in the assembly hall of Nizhny Novgorod State Technical University.

Two years later, by order of the Russian government, we received two buildings in the very centre of Nizhny Novgorod. These were production and laboratory buildings of the Radiophysical Research Institute (NIRFI), and to be honest, we had to put in a lot of work to get them ready for classes.

First we occupied our first ten auditoriums and starting having classes there. We also set up a library. Then we went from floor to floor, getting them all in order without spending a penny. We got dump trucks and hauled out 140 pieces of machinery, each piece weighing between five and 10 tonnes. Then I put together a supervisory board meeting headed by Boris Grischenko, the head of the Nizhny Novgorod branch of VTB Bank. The board was comprised of large local entrepreneurs. HSE helped out local business with consulting services, and businesses helped us with repairs.

In 1997, HSE opened up branch campuses in Perm and St. Petersburg, and in 2006 the Nizhny Novgorod and Perm campuses ranked first and second in a nationwide quality ranking of higher education. To this day, HSE’s campuses are still undisputed leaders in their regions.