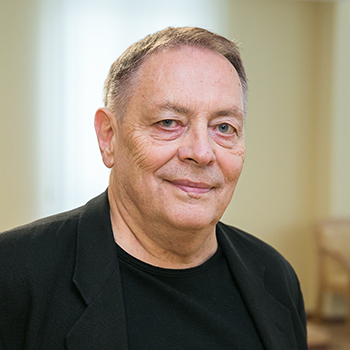 Professor Leonid Ionin, Dean of the Faculty in 1998

In 1998, we were given a few offices on the fourth floor of the building on Myasnitskaya Street in 1998, and my job was initially not very clear. I had previously worked in the sociology faculty and was going for the role of dean, but they also invited a pair of colleagues from the political public relations division. One of them was supposed to serve as something like the academic supervisor for PR technology. The faculty was applied after all, and PR was a defining field. The second colleague was a deputy principal. A certain illusion existed at the time that experts from the field would help us take a powerful leap forward. But they sat in their offices, acquired rugs and computers, and worked on their own things. After a year they fortunately disappeared, and we got started on the academic process.

We initially had only two departments – a general one and the department of applied political science. Then more and more opened. The first few years, our students were comprised of those who transferred to us from different faculties and those who didn’t get into their majors. They were sent offers that they gladly accepted. Over the first few years our faculty was affiliated with two wonderful women – Natalia Gramolina and Nina Semenova. They still work at HSE to this day, but at the time they were given the massive and difficult task of organising the academic process: they selected students, came up with academic plans, made schedules, and much more. I am very grateful to them.