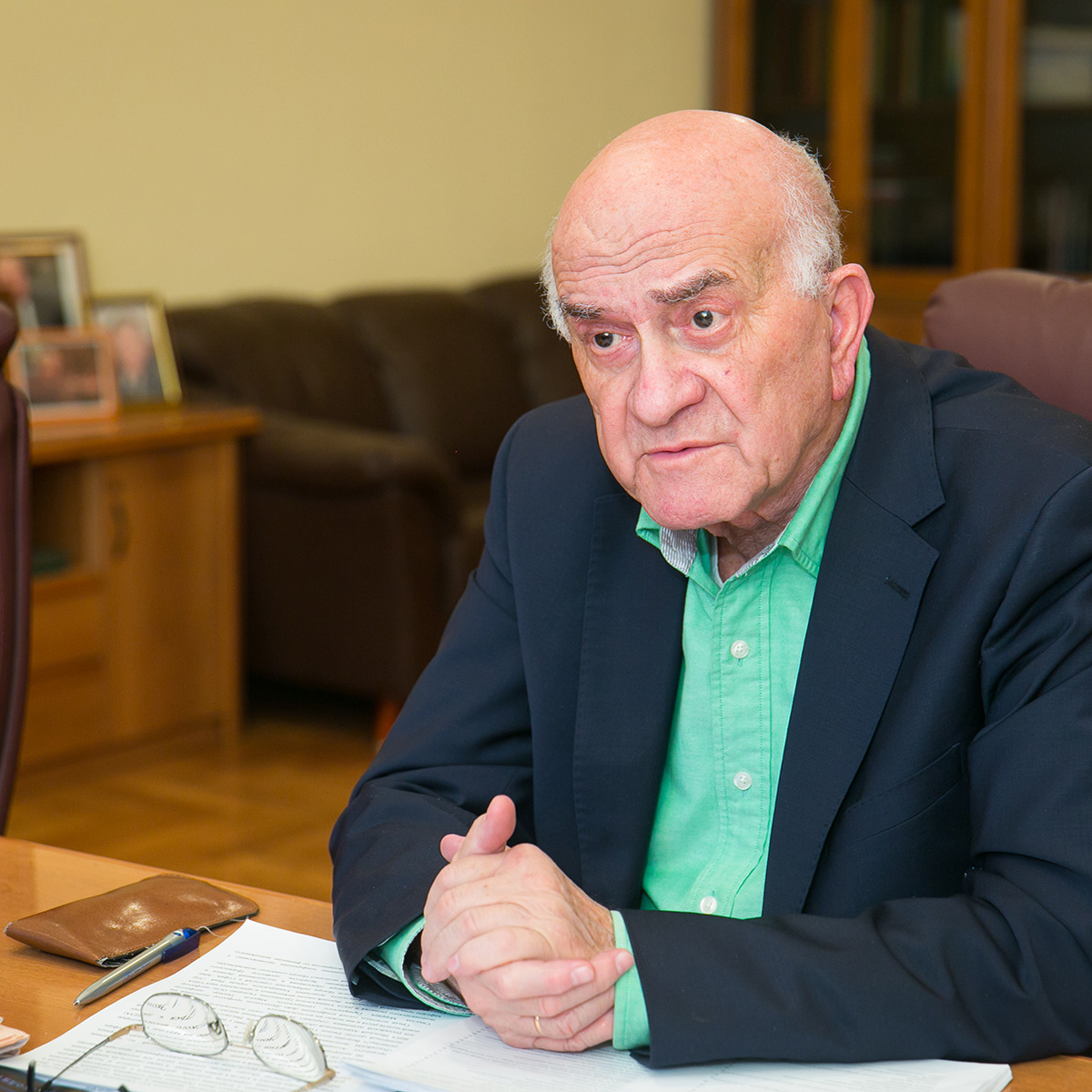 HSE Academic Supervisor Evgeny Yasin on how it all began

It was around the year 1990, and I was working in the government when Yaroslav Kuzminov first approached me. He had an idea of how to get out of the swamp that the Economics Faculty of Moscow State University represented at the time. We had both graduated from the faculty, and there was this beastly domination of communist ideology there. Yaroslav told me about the idea for a new economics college that would take teaching in the economic sciences to a global and contemporary level. A flame ignited inside of me.

I remember walking by a statue of Lev Tolstoy with him in a square across from Frunze Military Academy as we thought about and discussed the details. Not long after, we were already discussing this idea in the government, and we gradually started preparing the documentation. Yegor Gaidar was the head of government at the time, and we received great support from him. Reforms were underway in the country, and we desperately needed people capable of helping advance these reforms.

Yaroslav worked really hard, and I supported him in every way possible, though I also had a lot of other responsibilities inside the government.

In 1992, we started preparing the opening of the school. On November 27, Gaidar signed the governmental order that established the Higher School of Economics. So that was the birth of our school. It was a very difficult time, and we didn’t have any money at all. There were a lot of people who wanted to, and did, support us though. Minister [Alexander] Shokhin helped us obtain our first location, an old Gosplan building, and then we got the building on Gnezdnikovsky Pereulok. I remember that this is where my office was (on the fourth floor) when I officially came to work at HSE.

We had classes, acquired brand new buildings, and mastered new fields of study, all while hiring talented staff. It was a wonderful time. A belief existed among the Moscow intelligentsia that Russia was starting a new life and that this life would not be worse than in Europe or America. And we all wanted to do something to make this life begin as soon as possible; we wanted to help the country in some way. These are precisely the type of people who came to work with us, and a lot of them are still here. They are people from our circle.

Of course, back in 1992 we had not imagined what HSE would become. We dreamed of creating a good economics college. But new temptations were always arising, new opportunities that we took advantage of, and as a result HSE grew and turned into the massive university it is today.