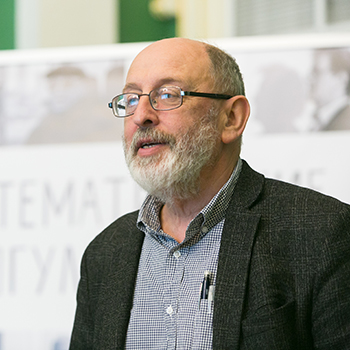 At the very end of 2007 two newly founded universities found each other: the Higher School of Economics was founded in 1992, and the Independent Moscow University was established the year before, in 1991. The directive to establish a Mathematics Faculty was signed by the HSE Rector in December 2007, and its first members of staff (myself included) were hired a little later, in January 2008. In 2008 the first students were enrolled.

The two universities had followed very different paths between their creation and the moment they met in 2007. Only a handful of the educational institutions set up in the 1990s made it to the 21st century. HSE was initially established as a state university, while the non-state status of Independent University is reflected in its name. The Higher School of Economics was initially conceived, by those who established it, as a world-class university that trains specialists in economics, management and the social sciences. These specialists were in great demand in the country, if it was to make a smooth transition from Soviet socialism to a market economy.

One could say that the creation of a Faculty of Mathematics was in both parties’ interests. The number of students taught on a permanent basis to this high level significantly expanded, and they received permission to delay their enrolment in the Russian Army, teachers who came from the Independent Moscow University were able to focus on teaching and research, and no longer had to worry about how to generate the financial resources needed for the institution to survive, and news of the Independent Moscow University’s outstanding reputation spread within the HSE.

After that first meeting, quite a lot of time was spent gathering information and making sense of it, and also on the future partners assessing the extent to which they could trust each other. Eventually, we decided that cooperation opens up a unique opportunity to achieve a breakthrough in the development of Russian mathematical education at university level, and the obvious risks were significantly lower than the potential gains.

Three departments were created immediately under the faculty: geometry and topology, algebra, and discrete mathematics. It did not take long for us to understand that the structure of the subject departments places serious and not altogether justified limits on the educational process. All our teachers, both those of the first intake and those hired later via a competitive process, view mathematics as a single, cohesive, whole, not divided into subject areas, and their research is equally expansive.

Teaching is also focused on creating specialists that have mastered diverse fields of mathematics, who are not limited to their own narrow specialism. Every subject department is fundamentally interested in ensuring that its courses are automatically part of students’ curricula, and that the teaching load does not decrease.

Consequently, management attempts to create a cohesive educational structure, subjugated to an overarching vision of the goals of the educational process inevitably ran up against obstacles from departments. That is why we quickly moved away from the department structure, retaining and developing the key departments as in leading academic institutions. Now, however, there are very few subject departments anywhere in the university.