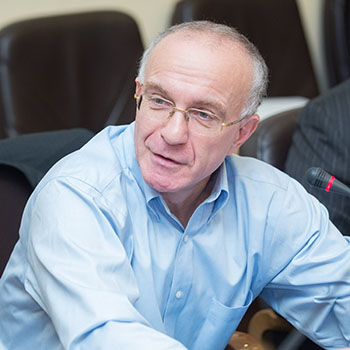 The idea of setting up a group of research universities first appeared some time ago, in those initial post-Perestroika discussions about the development of Russia’s higher education system. It was in step with the rationale of aligning our universities with the international mainstream. It was difficult to achieve – there was a chronic lack of resources.

It was only really possible to come back to this idea in the mid-2000s, when the first opportunities arose to implement higher education development scenarios. The first projects like this date to 2006-2007. For example, under the Education priority national project, a competition for innovative educational programmes was held, and its winners – initially 17 universities including HSE, and later another 40 – received development funding.

The sums involved were not large, and could only be used in particular areas – to develop educational programmes, raise teaching staff qualifications, and develop new educational products. The task of universities undergoing a more fundamental transformation was still a little way off. However, this goal did feature prominently in our education development proposals. Gradually, management came to accept the idea – less because of references to international experience, and more due to the fact that the Academy of Sciences could no longer be relied upon to rejuvenate academia or lend it momentum.

Therefore, in 2008, in line with a Russian Presidential directive, an experiment was launched: two higher educational institutions, MEPhI and MISIS were declared ‘new types’ of university – National Research Universities. This was a tectonic shift.

Then, in 2009, a competition was announced for research university status and development programme funds. This was the first competition held at such a scale, and competing was a risk. Frankly, opinion was divided among the university’s senior management as to whether it made sense for HSE to take part in the contest. Like several colleagues, I was concerned that we didn’t stand much of a chance, that the Ministry was expecting technical higher educational institutions and multi-profile universities to take part in the contest. But the rector was adamant, and insisted on participation. We were very anxious, and were not at all confident that we would be successful. I am still surprised that we ended up among the 12 winners.

In order to take part in that competition, we had to draft a development programme, and as it happened, we were working on a long-term programme to 2020. A lot of thought had already gone into it. And that is what gave us the edge over other universities in long-term strategic planning.

The aim in developing National Research Universities was to make it possible for universities to get funds to create the infrastructural framework for their further development. The money could only be spent on five areas: raising qualifications, purchasing equipment, acquiring databases, developing educational programmes, or creating infrastructure for academics. Most engineering universities used the programme to buy rare equipment. Our needs were different, and we used the funds differently. Above all, we invested in developing our people – raising qualifications, developing management systems, creating a number of administrative services. Interestingly, the funds could not be spent on research – that column of expenditure simply did not exist.

National Research University (NRU) status granted additional autonomy – the right to develop our own educational standards. HSE was more active in taking advantage of this than other universities. In addition, having NRU status pushed the university to live up to it – thus stimulating its further development.