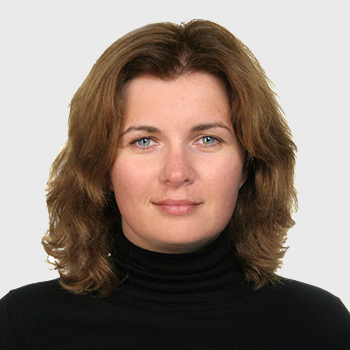 In 2010, the Russian Government passed Resolution No. 220, aimed at financing and encouraging the development of science and its innovative components. One of the main objectives behind this resolution was to bring world-renowned scientists, including Russian citizens living abroad, to Russian institutions of higher learning, as well as to encourage young people to pursue professional development in the fields of science, education, and high technologies. It was thanks to this resolution that Russia also held its first tender for the creation of international laboratories. As a result of the competition, the Russian Ministry of Education and Science’s Grants Council supported 39 projects from Russia’s top universities and approved financing for two HSE proposals.

A major success for the HSE Faculty of Mathematics, which was only founded in 2007 and had not even awarded diplomas to its first set of undergraduate students, was the opening of the Laboratory of Algebraic Geometry and its Applications, headed by Fedor Bogomolov. The lab is now a renowned international centre in the field of algebraic geometry. Next, the Laboratory for Comparative Social Research was created within the Faculty of Social Sciences after HSE Academic Supervisor and University of Michigan Professor Ronald Inglehart was awarded the governmental grant. Since its founding, the lab has remained a leading research centre in Russia focusing on nationalism, religiosity, subjective well-being, interpersonal trust, cultural change, modernization, and the development of human potential. Both of these international laboratories were HSE flagship projects. At first they were opened for three years, after which the Russian Ministry of Education and Science was to accept applications for financing to extend this period by two years. In 2015 the university continued financing the laboratories using its own funds.

In the process of creating the international laboratories, we learned to work with foreign researchers and solved a number of problems connected with employing foreign specialists in the Russian Federation.

HSE now has 32 international laboratories, and seven projects were started thanks to grants from the Russian Ministry of Education and Science, while the remaining took place through an internal HSE tender.

International Laboratories projects are carried out over the course of three years, after which we discuss new efficiency metrics for the projects. This includes requirements for bringing in junior researchers to work at the laboratories. Currently, more than 250 undergraduate and post-graduate students of the university participate in research.

The international laboratories actively participate in the university’s academic life, hold an array of academic events, and are major participants of HSE’s annual April International Academic Conference on Economic and Social Development. Practically all laboratories have their own summer and winter schools, academic mobility programmes, and open monthly and weekly academic seminars in which leading international researchers present.