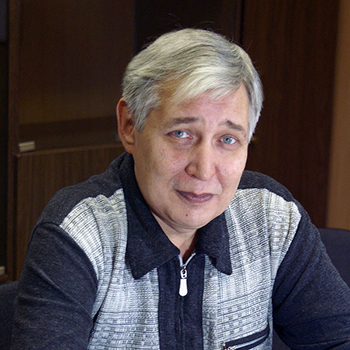 Moscow Institute of Electronics and Mathematics Becomes Part of HSE

The Moscow Institute of Electronics and Mathematics (MIEM) was created in 1962, when under a provision of the Central Committee of the CPSU and the USSR Council of Ministers, radio-electronics became a priority field in the development of science and technology. Since then, MIEM has trained more than 40,000 highly qualified experts in the field.

In addition, since its creation MIEM has operated in Moscow and Moscow Oblast since it did not have its own dormitory, and given the larger population of the Moscow region, this limited MIEM’s overall potential. There is a very high concentration of universities in the capital, which means competition is high. The admissions process is hardest for technical universities in particular. In this area, MIEM was excelling; the average Unified State Exam score among freshmen grew by 4.5 points in 2011. And in the ratings of the Federal Education Agency, MIEM was in the top 20 technical universities in Russia.

Talks on merging with the Higher School of Economics began a year before the Russian governmental order was issued, and at the same time discussions were under way among our own colleagues.

A certain portion of MIEM students and professors expressed their concern for the institute’s future; after all, this was the first time in the Russian education system that an economic and technical university were joining forces. As far as I know, there were doubts at HSE as well. This kind of merger is welcomed abroad, though, MIT being one example where the humanities, economics, and technical fields work together wonderfully. Many real breakthroughs end up happening at such an interface.

The main purpose behind the MIEM-HSE merger, according to MIEM Rector Vladimir Kulagin in 2011, was the synergistic effect achieved. Our universities had to strengthen one another and add to the quality of both academic research and educational programmes.

There are obvious advantages to MIEM’s merger with a national research university like HSE, including increased access to academic research, support for academic schools, and the dormitories, thanks to which the number of students admitted was able to increase. Before that, MIEM often experienced times when applicants from the Russian regions wanted to come here, but were forced to select other universities because they couldn’t afford to rent in Moscow.

In 2011, the average exam score of students offered a state-funded spot at MIEM was 62.5; that is, 35%-40% were students with a 55 or lower in core subjects. But by 2012 this figure had reached 72.8. Now the average score at HSE MIEM is able to compete with the country’s best engineering schools – ITMO University, the Moscow Engineering Physics Institute, and MIPT – and sometimes surpasses recognised market leaders like MISiS, Bauman Moscow State Technical University, or Tomsk Polytechnic University.

In 2014, MIEM moved into a new building in Strogino with modern laboratories for research and classes. This includes the RKA Mission Control Centre, which allows for LEO satellites to be monitored in real time, as well as the HSE MIEM 3D Visualization and Computer Graphics Laboratory, Laser Technologies Laboratory, and the Telecommunications Laboratory, which was set up by the company National Instruments.

HSE MIEM was also able to integrate research into learning. Starting their freshman year, students in all programmes participate in academic research and project seminars, and the institute has joint departments with top Russian companies and research centres. A student research community has been created, and every year an intra-university academic conference is held for junior researchers, as well as post-graduate, undergraduate, and high school students. The conference is named in honour of MIEM’s founder and first rector, Evgeny Armensky. The master’s programme has also been growing, with the number of spots increasing severalfold.

The teaching staff has also changed at MIEM, with the institute currently having five corresponding members and four academics of the Russian Academy of Sciences. Since MIEM and HSE merged, 11 MIEM staff members have received awards from the Russian government. Additionally, the average salary, which also includes academic bonuses, has now grown to over 100,000 rubles per month.

Since the HSE-MIEM merge, the volume of academic research has soared more than 100%, and the number of grants from the Russian Foundation for Basic Research and the Russian Science Foundation has grown 600%. Lastly, the number of publications on WoS and Scopus has increased 550%.

In conclusion, it can be said that the goals set when HSE and MIEM merged have been met, and an invaluable contribution to this achievement was made by our first academic supervisor and director Alexander Tikhonov, who is a Doctor of Science and professor and whose name MIEM carries today.