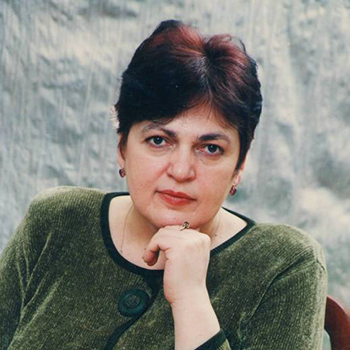 Natalia Lubomirskaya, , Academic Supervisor of Lyceum Programmes at the Institute of Education, first director of the Lyceum

In 2013, the Moscow Department of Education launched an initiative under which general educational units were created within universities. The Moscow authorities wanted to raise the quality of education by involving the many universities that are based in the city.

At that time HSE had no problem attracting applications from school graduates, but it did face a quality issue due to the significant gap in levels between school graduates and first year students at a good university. The issue wasn’t one of basic levels of knowledge, the Unified State Exam (USE) proved a perfectly workable ‘sieve’ in this respect. The problem was that school graduates were often cognitively well developed but socially rather more infantile. They were not willing to take responsibility for their studies, for their successes and failures, since throughout the school system they had been heavily ‘led’, that is to say they not been given the opportunity to make choices and to take responsibility for those choices.

I had been working in schools since the 1990s and had seen this problem first hand. I was also familiar with a system that would enable us to solve it. This was the International Baccalaureate system, which is used in over 140 countries. It first appeared in Russia in 1996. At the same time that Lyceums were being set up, a new educational standard was adopted. By 2020 all schools will be using it, but back then it was not obligatory. We immediately decided we would adopt it since it included individual study plans, the opportunity to offer children the chance to choose independently which subjects they would study. When a child compiles their own individual study plan, they make these serious decisions and go on to be more responsible for their own successes or failures.

In the first year we decided to enrol around 50 children, since we didn’t yet have the space for more (in the end we took 58 people). Five people were competing for one place. It was mainly 9-th year students that applied and that was a really important factor – these were children who were already focused on making their own choices. Parents were cautious – only a handful of parents told their children to apply to us.

That first intake wasn’t divided into groups, that came the following year, when we accepted 400 people. Some chose a heavily literature oriented study programme, others focused on economics, so in creating their individual study plans they ended up in different groups. They didn’t only choose subjects for themselves, they also had (and still have) the opportunity to change them: 10-th year students could completely change their study plan for the first time in late September early October, and again after the first semester – but that was more complicated as they would have to make up the subjects covered in the first half year.

A lot of students chose this option. Around 5 percent chose to completely change their study plan, around 30 percent chose to change half their subjects, and around 50 percent chose to change one or two subjects. This was exactly as it should be, since that freedom of choice and opportunity to rectify any errors in paving the way to your future career is so important, after all, at 15 it is unlikely you will know exactly what you want to spend the rest of your life doing.

The Lyceum had another huge advantage – its teachers. To this day researchers from HSE teach at the Lyceum, and in that first year we only had university teachers. There is a significant difference between school-teachers and researchers, and that is school-teachers want to be in that position of superior knowledge, while researchers are people who understand what they don’t know and are constantly seeking answers to questions – in that sense they are kindred spirits for schoolchildren. When a professor says ‘colleagues’ to their Lyceum students, it’s not in an attempt to be popular, it is their mode of communication – they talk to students and professors the same way.

We have set ourselves two goals at the Lyceum. The first is to further develop general education. We believe that school is the last opportunity for people to choose between different areas of activity. If you choose history at that stage, it is already clear you will never be a lab scientist. If you choose the Biology Faculty, you’ll never know what being an historian is like. So that is why we take this exclusively action-oriented approach. For example, Lyceum students are not ‘taught history’ they are given the opportunity to see what being an historian is like. They are not drilled in dates and names, but taught methods of historical analysis.

The second goal is to prepare students for higher education. This is not about ‘getting in’ to a university, our goal is to prepare them so that they can be successful at university. Knowledge is of course important, but it’s like riding a bicycle – it doesn't matter that much if you can explain where the pedals and handlebars are, it matters whether or not you can ride it. So this is what we mean by competencies, the ability to apply knowledge in practice. Currently, two-thirds of our graduates enrol in HSE, and I think this figure reflects the objective reality and will continue. The Lyceum has a value in itself, not only because it is the HSE Lyceum, but because it offers an excellent education.

Our students change a lot over those two years. Our 2015 graduates told me that, for example, ‘The Lyceum split my life into before and after – I will never be the same. This feeling gave me the opportunity to believe that we choose our own paths.’