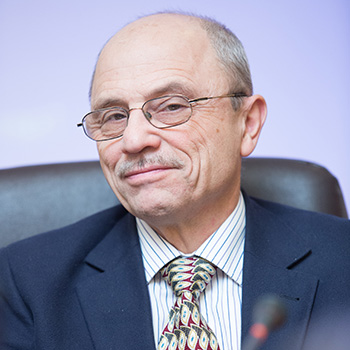 That is the year the university opened the business informatics, world economy, and psychology faculties, as well as the business and political journalism school, which then grew into the Faculty of Communications, Media, and Design. In addition, the Poletayev Institute for Theoretical and Historical Studies in the Humanities and the Institute for Statistical Studies and Economics of Knowledge opened up, while the Institute for Educational Content closed before being transformed into a division of the Institute of Education.

Why did all of this take place in a single year? I would say that HSE had matured by that point. Firstly, the university was already nine and up on its feet, while students were graduating and the school as a whole was becoming well known. In addition, the teachers in Moscow knew that the environment was informal here and that the pay was higher, which was important. We started getting entire teams of specialists who would help open up the new divisions and institutes. Plus, within HSE people had matured, and they also wanted to create something different from what we had at the time. We had economics, management, sociology, political science, and law.

Secondly, the experiment with the Unified State Exam (USE) was beginning at the time, and we were one of the first to join by admitting a portion of students based on their exam scores. In 2001, we took in 19 students based on USE scores, but in 2002 that number had grown to 200. We devoted a lot of time to the regions, and HSE started getting more and more applicants. They knew that we offered a real education here, while the admissions process was clear and transparent. During the admissions season, one could find HSE Rector Kuzminov in the corridor and ask him questions. This was a striking difference compared to other universities.

Finally, oil prices had begun to grow and the overall welfare of the country was improving. HSE was no exception here – we had the resources to grow.

In other words, several factors came together at once.

The idea to open the Faculty of Business Informatics came from within HSE, and the main organizer was Tatyana Kravchenko. No university in the country offered this field, and everything had to pass through the Ministry of Education. It was difficult to promote the new faculty; parents and students simply didn’t understand what it was. We held several open houses to talk with people and explain. It helped that people were already using computers and the internet, though not everywhere. We admitted a lot of students – there were 100 state-funded spots and the competition for these spots was high.

The global economy division came to us from outside. Igor Faminsky, who was named dean of this faculty, was known by many from his time with Moscow State University’s faculty of economics. He had a team that focused on global economics as part of a continuing education initiative. The entire team came to HSE, searched for foreign language specialists, and hired instructors who already worked at HSE, and together we started a new bachelor’s programme. The faculty wasn’t very large the first year, but it immediately gained popularity. The programme caused 2002 to be the year with the highest level of competition at HSE with 4.3 people trying for each spot (don’t forget that there were different admissions rules and the competition was different).

As for the faculty of psychology, people outside of HSE were actively sought out, and helping to lead this work was Vladimir Shadrikov, a psychologist and the creator of the Institute for Educational Content. People weren’t satisfied with the kind of education in psychology the country offered, and they wanted to do something about this.

The Poletayev Institute for Theoretical and Historical Studies in the Humanities, as well as the Institute for Statistical Studies and Economics of Knowledge, came to us as previously prepared teams led from within the university. The heads were the late Andrei Poletayev along with Irina Savelieva and Leonid Gokhberg. The institutes immediately joined us as research units, which was not common for Russian universities back then. Not everyone at the time believed that universities should be conducting serious research.

The year 2002 marked HSE’s transition into a stage of growth. Prior, we had only grown a little bit at a time, but after 2002 we began a more active evolutionary trajectory. I cannot say that we had any sort of detailed plan; we just thought, ‘now we’ll add psychology, then philology in a year, then mathematics…’ There was more of an understanding that the school was able to grow into a full-fledged university, while concrete areas of growth were determined on a case-by-case basis. It did not make sense to task ourselves with opening up a faculty of mathematics if, say, Yulij Ilyashenko’s team didn’t get in touch with us. They did, by the way. As far as I remember, the only thing people specifically talked about what how we definitely needed philosophy because not a single decent university can get by without philosophy. Just two years later, we opened up the faculty.