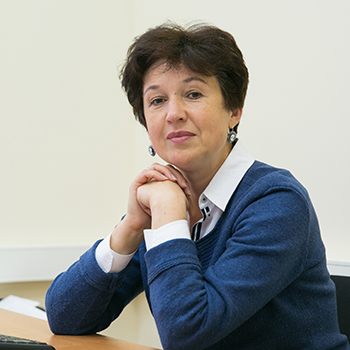 Olga Churikova, Head of the HSE Office of Academic Research

In 2004, HSE was the first Russian university to establish its own academic fund, using the Russian Foundation for Basic Research and Russian Humanitarian Academic Fund as a model. The Academic Fund is not a legal entity and acts as a specific internal mechanism for coordinating various forms of support for academic activities. It helps develop new areas of research, improve upon teaching activities, and participate in conferences, thereby allowing for the results of the research being conducted to be presented to the global academic community. In addition, this puts Russian universities in contact with foreign schools.

Since the Academic Fund was first created, the head has been Yevgeny Yasin. The executive director of the fund is the university’s vice rector in charge of basic academic research. This person has changed several times over the years. The first executive director was Andrei Yakovlev, while the post is currently held by Maria Yudkevich and has been for quite some time.

The Academic Fund’s budget comes from funds outside of the university’s budget depending on plans for carrying out particular tenders, and the budget is confirmed by a special section of the university’s financial plan. Previously, the Fund’s budget included money to carry out project evaluations, but starting in 2013 it turned into a separate independent procedure organized by the Office for Research Evaluation.

The Academic Fund provides support for academic activities in the following areas:

The first two types of competitions take place in the fall of each year, while the travel grant contest in ongoing.

The board of the Academic Fund, which includes the HSE academic supervisor, HSE rector, and 17 other experts, approves all key decisions on support for specific projects. Experts include some of the most renowned Russian and international academics who do not work at HSE, which allows for maximum objectivity. In addition, a third of the board’s members are rotated out once every two years.

For a long time the Academic Fund was the only tool for supporting the university’s internal academic activities. Over the last several years, the set of such tools has expanding considerably. Research projects are financed through the Programme for Basic Research on State Projects, as well as through the international laboratories that are part of the Russian government’s 5/100 Programme, through grants provided under Resolution 220 of the Russian government, and through research labs. In addition, Russian and international foundations such as the Russian Academic Fund, Russian Foundation for Basic Research, and Russian Humanitarian Academic Fund give out grants as well.