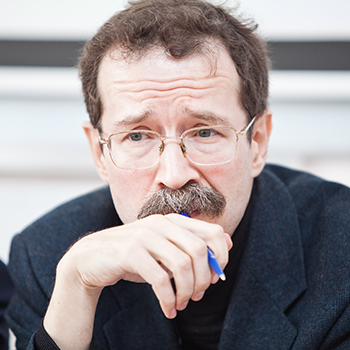 Andrei Yakovlev, Tenured Professor, Director of the Institute for Industrial and Market Studies, and since 2005 HSE Vice Rector

In 2005, the situation was as follows. The school had expanded considerably, on the one hand, with new faculties being created and new instructors joining the team. On the other, there was an economic boom taking place in the country. Wages were growing in Moscow, and people started spending more on education (paid bachelor’s programmes and continuing education). In addition, universities were now competing for instructors.

In order to retain teachers, we needed to increase their pay, but the situation within the school varied. From the very beginning, HSE paid out extra-budgetary funds in addition to the budgetary rates. We paid ‘ordinary’ associate professors based on Moscow market standards, and it wasn’t necessary to make any special effort to retain them. The stronger ones were whom we needed to retain. Initially, using the example of the late 1990s and early 2000s, the rector suggested raising everyone’s salary. People in his office disagreed, noting that if the money were spread out, then this would not be enough to retain the stronger instructors, while things already weren’t bad for the average ones. Intense discussions took place, and as a result we got the idea of differentiating. Special performance-based bonuses would be introduced using extra-budgetary funds, which would allow for the best of the best to be recognised. Publications were a fairly obvious tool for this.

At first there were two levels of bonuses with no emphasis being made on foreign publications. First-level bonuses concerned publications in Russian journals, specifically those from the Higher Attestation Commission’s list. In order to receive this bonus, you had to publish at least four articles in the Russian journals over the course of two years. And it was clear at the time that this was the normal amount for a person who not only taught, but conducted research as well. Second-level bonuses were given for significant academic performance, e.g., a series of articles or a monograph. The decision on second-level bonuses came from a special commission largely made up of tenured professors.

The first-level bonus was initially 5,000 rubles a month and the second-level 12,500, but these increased rather quickly, and as a result the first-level bonus ended up being 30-40% of what the instructor received as their base salary. Bonuses were set for the year, and around 15%-20% of our instructors received them. Now this figure is around 40% in Moscow.

The academic bonuses served another purpose – to create stimuli to bring back a core group of instructors. The expansion that took place in the early 2000s changed the makeup of the school’s staff. A core group of instructors had formed in the 1990s, but it was small since the school wasn’t very large at the time, and we had enough resources that could be used for academic development. We were able to use European grants to obtain equipment, buy books, and travel abroad for internships. Plus, against a backdrop of extreme uncertainty at other universities in the 1990s, HSE’s advantage was the fact that we understood what we wanted and how to move forward. People were drawn to all of this. As a result, in the 1990s we were able to find the best of the best on the academic market.

A lot of new people joined in the 2000s, and there weren’t as many resources to invest in their development, as western grants had ended. Because of that, the discussion of academic grants also touched on how to effectively use current financial resources to invest in the development of the core academic team. This was the same issue the Academic Fund had experienced a year prior.

The academic bonus system was constantly undergoing transformations, but a significant moment was in 2010 when third-level bonuses were introduced for those who publish in foreign peer-reviewed journals. Then there was a pretty serious change in 2014 – we moved away from giving bonuses for publishing in any foreign journal indexed in Web of Science of Scopus and began differentiating bonuses depending on the journal’s quartile. This was an important step because Web of Science and Scopus include very different journals, and in order to improve HSE’s international reputation we needed to boost publications in good journals with high citation metrics.