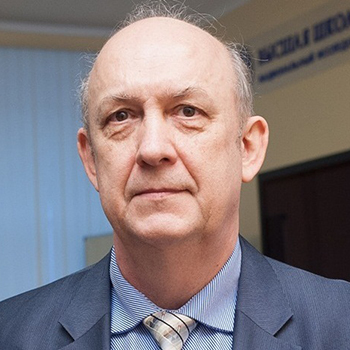 Rustem Nureev, Professor in the Faculty of Economics Sciences, HSE First Vice-Rector in 1993

In 1992, the Higher School of Economics received a TACIS grant to organise the first ever economics master’s programme in Russia. At the time, not a single Russian economics university had enrolled nearly 200 people in its first group of master’s students.

Though the grant did not cover the creation of a bachelor’s programme, we nonetheless decided to open one. This was necessary in order to have well prepared students entering into the master’s programme as opposed to just students from the philology and physics faculties.

We were selective in admitting our first group of students into the master’s programme. By Russian law, students were legally able to receive only one government-sponsored degree, so they needed special permission to enter into the master’s programme. In addition, we still didn’t have the name, as we were an entirely new educational institution, which meant that we were competing with older universities for students. Under the terms of the grant, we had to admit no fewer than 100 students, but we knew we needed to admit more than this because around a third of the students wouldn’t make it through. We had to announce a competition and organise entrance exams three times over the course of the enrolment campaign.

We didn’t have any problems with undergraduate admissions. Yaroslav Kuzminov hired Yury Sharaev, who had been the Dean of the Economics Faculty at the Open University. He had a huge list of students who wanted to enrol in the bachelor’s programme. Also important was the fact that the Higher School of Economics was practically the only university that had increased the number of government-sponsored spots it had at the time, while all other universities were striving to increase the number of students who had to pay.

To be honest, at first the level of knowledge students received in the master’s and bachelor’s programmes did not differ too much from one another, but we learned quickly. Then foreign professors started coming to teach courses regularly. They spent no more than two or three weeks at HSE, and to each professor we assigned an instructor who would regularly attend all of his or her lectures and conduct seminars. Then this instructor carried out a written exam, and the results were sent to the professor. Soon after, these teaching assistants were able to teach the courses themselves.

Our project with TACIS ended up being so successful that HSE soon after received a second grant to develop its economics instruction regionally. In 1993, we opened up pilot centres in Perm, Novosibirsk, Nizhny Novgorod, and St. Petersburg before later moving on to Tambov and Krasnoyarsk.